The State of Washington has some of the toughest DUI (Driving Under the Influence of Liquor and/or Drugs) laws in the country. Mr. Critchlow has been handling these cases for 24 years now. DUI cases have never been easy to defend and in 1994 the Washington State Legislature started passing all kinds ot new laws and amendments to strengthen the ability of law enforcement and prosecutors to obtain DUI convictions and to remove a defendant's driving privileges by suspending their driving privleges (license). The legislature is continually making changes in this area and there are some new DUI proposals currently being considered by them. In general, it is illegal to consume alcohol if it "affects your ability" to drive your vehicle in a safe manner. Washington has three (3) different types of DUI's:


1) The traditional DUI is where the officer testifies (via his observations, field sobrierty tests, etc) that in his or her opinion your ability to safely drive your vehicle was affected by the alcohol you consumed. There is no requirement for a breath test under this part of the DUI statute and the prosecutor relies almost entirely on the officer's opinion of your sobriety.


2) The other way DUI's can be prosecuted is the called the "per se" DUI. The BAC (blood alcohol content) legal limit for alcohol in your system while driving in Washington is .08. If your breath or blood test shows that you are over this statutorily prescribed limit this is all the prosecution has to show to convict you of DUI. There is no need for proof of the officer's observations, field sobriety testing, or his opinion but as a practical matter these components of the case are usually present and offered into evidence along with the BAC test. 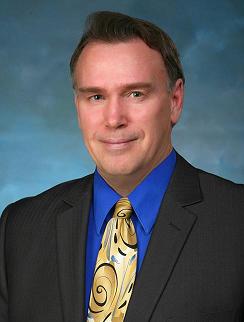 3) Driving While Under the Influence of Drugs. In this scenario the prosecution must show that you have too many drugs in your system which affect your ability to drive your vehicle in a safe manner. If the officer has "probable cause" to make an arrest you must submit to a blood test which is then examined by the Washington State Toxicologist for the varying levels of drugs in your system. There is also usually a specially trained DRE (Drug Recognition Expert) officer who will perform a number of mandated tests to determine if you are under the influence of drugs. Mr. Critchlow recently was able to get one of these type of DUI's completely dismissed based, in part, on the lack of a DRE.

The DUI penalties ( including fines, jail time and loss of driving privileges) depend on your DUI history and, in general, are much stricter for repeat offenders. The Department of Licensing handles its own separate and independent hearing on whether or not your license should be suspended. Please refer to the Department of Licensing Section of this website for more information on these hearings.